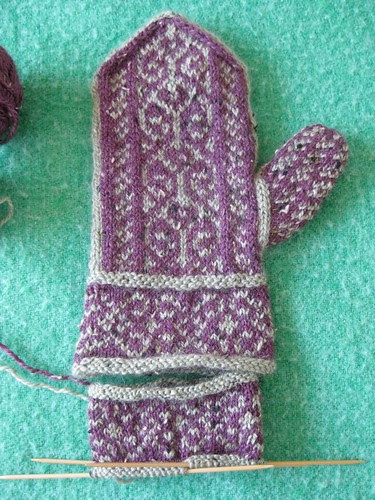 I could have sworn I was careful not to put that on the hot element... 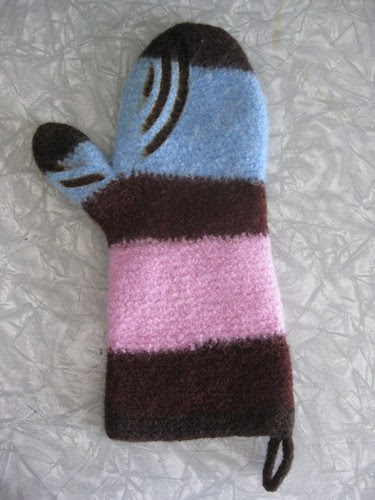 At least wool just smolders, rather than bursting into flames. (It's still functional too... just with more, um, "decorative" elements than before.)

Yep, these are different sizes: 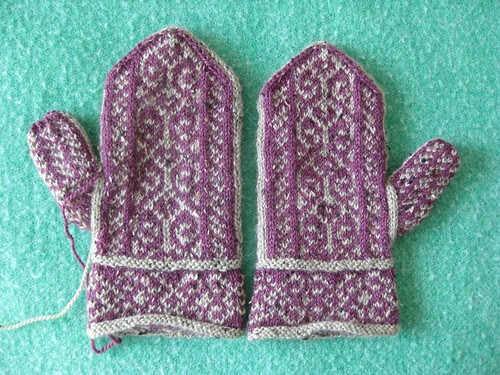 I knit the previous pair on the recommended size needles, but was having trouble getting gauge. So, for this pair, I did the first (right side) mitten on needles two sizes smaller (I didn't have one size smaller), and it came out nicely. However, as I was finishing up the top, I put the needles in the jar beside my chair as they came out. The "correct" size needles were in the bag... and so, when I went to start the second mitten a day or two later... yep. I used the wrong needles. I noticed the size difference when I went to add the thumbs, but figured I had just not been careful about keeping a tight gauge on the second mitten (having completely forgotten about going down a needle size). It was only later, when I noticed the dpns in the jar, and had a recent recollection of using them, that I remembered what happened.

Yeah, I'm going to rip and reknit the bigger mitten. (It even has some of the ends woven in!)
Posted by noricum at 9:34 PM 4 comments: 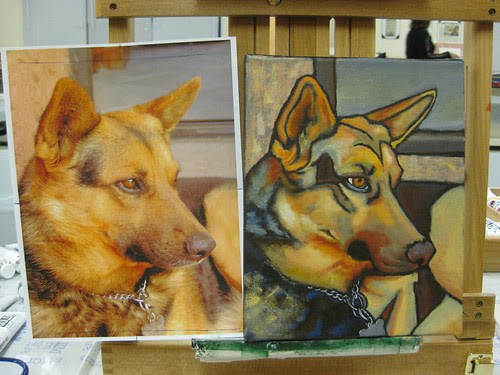 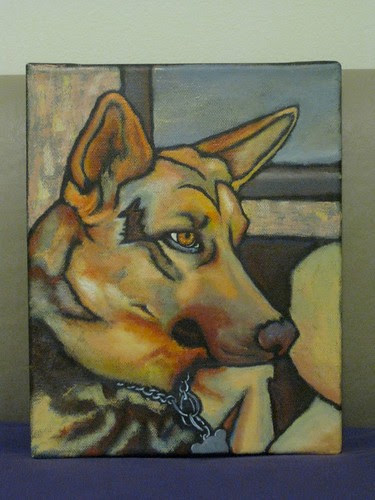 (Photos taken under different lighting conditions, of course.)
Posted by noricum at 9:24 PM No comments:

Tonight I started off by wiping off a bit more of the chalk (almost all gone now) to see how I was coming along: 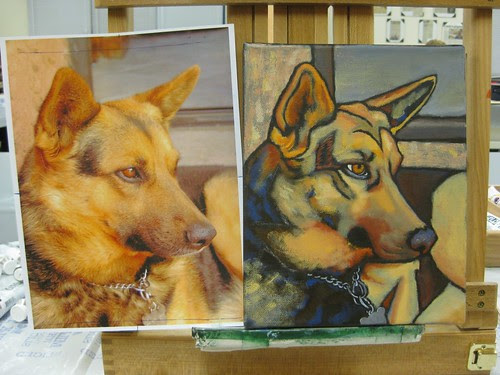 Then I continued with the fur:

The differences are subtle, but I have made progress. Orange dogs take longer to paint than black dogs.
Posted by noricum at 10:52 PM 2 comments:

Do you ever have those days where the world is so beautiful, you wish you could call in "photograph"? 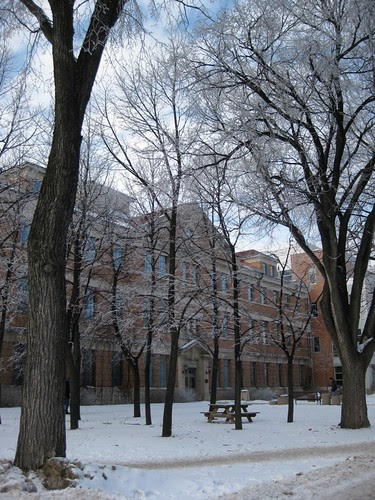 It's been like that here for the past three days. 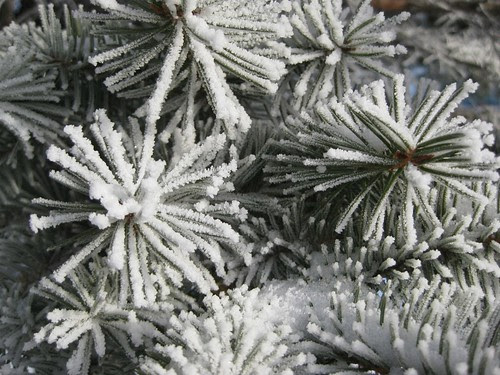 However, I do not have one of those jobs... I've had to satisfy myself with photographing things on the way to or from work. 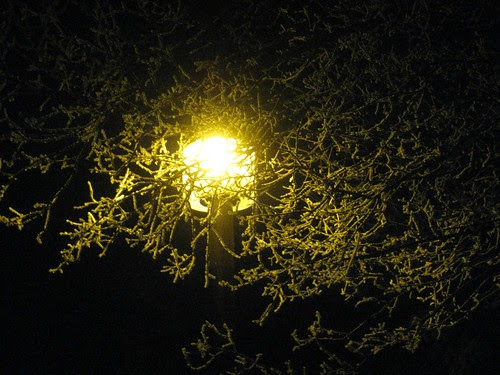 (Yes, the frost lasted that long!)
Posted by noricum at 1:02 AM No comments: